The Notorious RBG: How to cooperate and succeed as a rebel

It’s rare to become a global icon who is recognized for both your independent "rebellious" views and your paradoxically strong conviction to want to cooperate with peers who often disagree with you. This is the formula Supreme Court Justice Ruth Bader Ginsburg followed through her life with great success. She died on Friday, September 18, 2020, after 5 bouts with cancer.

It’s a paradox to call Ginsburg a rebel, the Notorious RBG, and the great dissenter in one instance and in the next instance as someone who sought cooperation, compromise, and empathy. It’s true that some people disagreed with Justice Ginsburg’s views but everyone respected her. She was nominated to the U.S. Supreme Court by President Bill Clinton and received a 96–3 vote on August 3, 1993. She became a pop culture icon in her 80s because of her famous Supreme Court dissents. She was dubbed The Notorious R.B.G. in 2013, based on a blog of the same name that was created by NYC law school student, Shana Knizhnik.

Merriam Webster dictionary defines the word to cooperate as the ability “to act or work with another or others”.

In her memoir, My Own Words, Ginsburg writes about the importance of collegiality on the Supreme Court when there were more conservative judges:

“Collegiality is key to the success of our mission. We could not do the job the Constitution assigns to us if we didn’t—to use one of Justice Scalia’s favorite expressions—“get over it!” All of us revere the Constitution and the Court. We aim to ensure that when we leave the Court, the third branch of government will be in as good shape as it was when we joined it.”

The higher good and respect leaving democratic institutions better off is what drives the justices.

Justice Ginsburg has long believed that empathy and compassion over anger is the best way to persuade her colleagues and others. In her book, The RBG Way, Rebecca Gibian interviewed Dahlia Lithwick, a journalist who writes about law and politics. Lithwick interviewed Ginsburg many times about her strategy to cooperate instead of using a loudspeaker or hammer approach for faster results. Lithwick understands feminists may be reluctant to cooperate and instead favor immediate action. As such they must “reckon with this paradox” that Ginsburg represents, who they hold in high regard:

“The woman they hold in such high esteem for her stinging dissents still rarely raises her voice, and in fact, she got this far in life by “being the very opposite of a firebrand.”

To get better, take feedback

Justice Scalia worked with Justice Ginsburg on the DC Circuit from 1982 to 1986 and again from 1993 after she was appointed to the U.S. Supreme Court. While they couldn’t be more different and disagreeable on the bench, they were the best of friends and worked hard to help and improve each other on the job.

Justice Scalia in his memoir, Scalia Speaks, explains their friendship based on their fondness for kibitzing.

“Ruth and I were also drawn together, I suppose, by the fact that we are both kibitzers. We like to kibitz and we don’t mind being kibitzed... Ruth was perhaps the only judge on the D.C. Circuit who needed that advice as much as I did. She’s the only one from whom I recall regularly receiving comments for improvements rather than corrections. Not “this is wrong, Nino” but “the point would be even stronger if.” And maybe I’m the only judge that appreciated receiving them. Ruth and I had developed something of a mutual improvement society—and I miss it.”

According to Wikipedia, a Kibitzer is a Yiddish term for a spectator, usually, one who offers (often unwanted) advice or commentary.

Reading about Justice Ginsburg’s life convinced me that it is ok to give advice to people you respect even if they don’t ask. Justice Scalia and Justice Ginsburg demonstrate that even the most intelligent and accomplished people do benefit from advice, especially from the vantage of a caring Kibitzer.

Justice Ginsburg famously shared advice she got from her mother-in-law and mother.

In her memoir, My Own Words, she wrote that her mother drove one piece of advice into her from a young age, which was:

“To constantly ‘be independent’, able to fend for myself, whatever fortune might have in store for me.”

When she got angry, she continued to cooperate and compromise on the bench. She wrote powerful dissents when it was necessary. She took her anger out playing the piano or the cello, even though she was not very good.

Her mother-in-law on her wedding day offered her advice which she followed in her marriage and throughout her professional career:

“In every good marriage, it helps sometimes to be a little deaf.”

While fiercely independent, she rarely reacted in anger because she felt it would not help persuade.

My friend Jibola and I had an email exchange after I saw his awesome art piece of Justice Ginsburg. Jibola had this to say:

“I love RBG. She’s so covertly badass it’s not even funny. I saw a pretty amazing documentary on her that talks about her history. I find her mad fascinating.”

Jibola’s inspiration for the RBG piece:

“A huge part of what I do is fusing ideas and paradigms that don't normally go together. My inspiration for the RBG piece came from a quote I heard "Dissent is the highest form of patriotism" (Source unknown).

“I had this idea to create the rebellious imagery of her which is almost an antithesis of her persona. I also fused elements of hip hop culture and graffiti because they are counter-culture by nature and of course because of the Notorious BIG (RBG) label.”

In 2017, Ginsburg gave a lecture to Stanford students and shared her advice on how to live a meaningful life.

“If you want to be a true professional, you will do something outside yourself. Something to repair tears in your community. Something to make life a little better for people less fortunate than you. That’s what I think a meaningful life is – living not for oneself, but for one’s community.”

The surprising thing isn’t that she took her advice. The surprise is for how many decades she followed it as a law professor, a lawyer, and a judge.

Justice Ginsburg would be proud of this moment

“Women who fought and sacrificed so much for equality and liberty and justice for all, including the Black women, who are often — too often overlooked — but so often prove that they are the backbone of our democracy.” 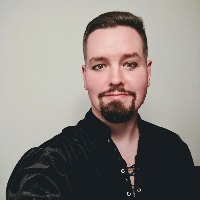 Cheryl Nomdarkhon
Social Justice 7 min read
In 2020, voter suppression is denying certain people their vote as it did in 2000